A work in progress.
A Letter from Tigard: 19 Apr 2018
by Joshua Waldman 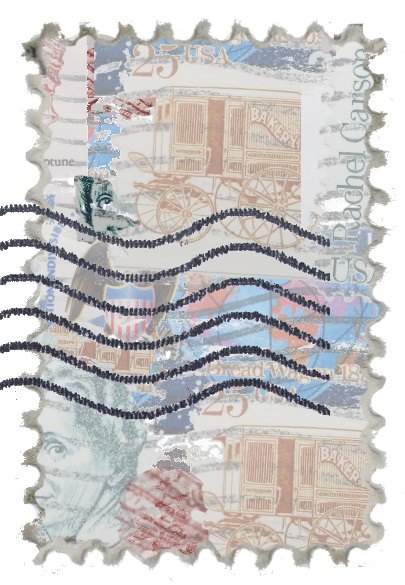 LAST NIGHT there was a snail in my herbal tea. I had purchased the tea from a local company that finds their herbs from the Mt. Hood area, so at least it was a local snail. There was also a stone in the tea. The problem was really with the stone, I think. I did hear a heavy -ding- when I scooped the herbs into the glass tea pot. Upon finding the snail and stone, all that relaxed feeling turned into a very unrelaxed feeling.

Three weeks ago we purchased violas and pansies for $1 each. But it was too cold to plant. So I kept them in a covered area on the deck. Pretty soon, the mold killed off all the yellows, purples, and pinks, leaving only the dark blues intact.

Someone told me once that you don’t know the color of the tea until you add the hot water—I think someone has been adding a lot of hot water. The stone, the snail, the dead pansies and violas. And at least the sun shines today, the Pu’er is hot and I have a comfortable house with a cute dog. Right?

I remember feeling a similar melancholy in Nepal. Good thing for bootleg VCDs. There was only so many old, badly recorded 80s films you can watch, though.

Lily has been gone a week today, and will be gone for one more.

Sometimes I think I know the wrong Gods.

In Nepal many respected lamas who had escaped Tibet lived in humble apartments—flats off of packed dirt streets and alleys. You often couldn’t tell that these wizened old men were once abbots, hermits or monks. Many were recognized lineage holders or reincarnations of past yogis.

One friend of mine at the time was Frank, a zealot from the south of Germany. He followed the one hidden lama with a reputation for having a bad temper. Frank would often talk about how wise his lama was, how stoically he endured years of retreats, and which celebrity lamas he studied with.

Well one day I had my chance to meet Frank’s hidden lama. We met up for tea around the big stupa, then we made our way through the alleys, cow paths, and sharp corners into a small door with three locks on it. Frank banged three times on the door. Presently, we heard foot steps, then the sliding of dead bolts. The door swung open and an old Tibetan woman glared at us from behind the metal grating. Not even a smile for Freaky Frank who presumably visited often.

She welcomed us in, in her way, and had us visiting in the crowded living area on a bench covered with a fine 100 count Tibetan carpet. After ten or twenty minutes, we heard a crescendo of drums and bells signifying that the lama was done with his puja.

The old woman motioned for us to follow her into the lama’s chamber. When she opened the door, a cloud of incense smoke wafted out. Back home, this would have set off the smoke alarms.

Suddenly Frank grabbed my arm and said, “You have to bow.” So I turned to the Buddha statues and started to go down on my knees for the kowtow. Strong hands lifted me up and the woman said something in Tibetan in an unpleasant tone. She pointed my body to the lama who sat opposite the shrine, she said “Bow there.”

I glanced at Frank who stood mortified at the breach in etiquette. For bowing to the shrine when there sits a guru, I later learned, is worse than pointing your feet at him. Why bow to a representation of a god when a living one sits in the same room? How was I to know? After all, the gold statue was very nice!

The old woman left the room in disgust leaving me and & Frank with the lama. I don’t remember anything of the conversation. But I will always remember bowing to the wrong gods while the right God looked on with pity in his eyes.

That’s it for now. Hope you are well and you found the right gods to bow to.