A work in progress.
In her tragically short, dramatic, and artistically prolific life, Eva Cattermole (1849-1896), who wrote under the name Countess Lara, was known primarily for her poetry. But as the following piece shows, she was also a gifted short-story writer.
The Coral Necklace
(Il vezzo di corallo, 1883)
by Countess Lara (Eva Cattermole)
Translated from the Italian by Steve Eaton © 2022 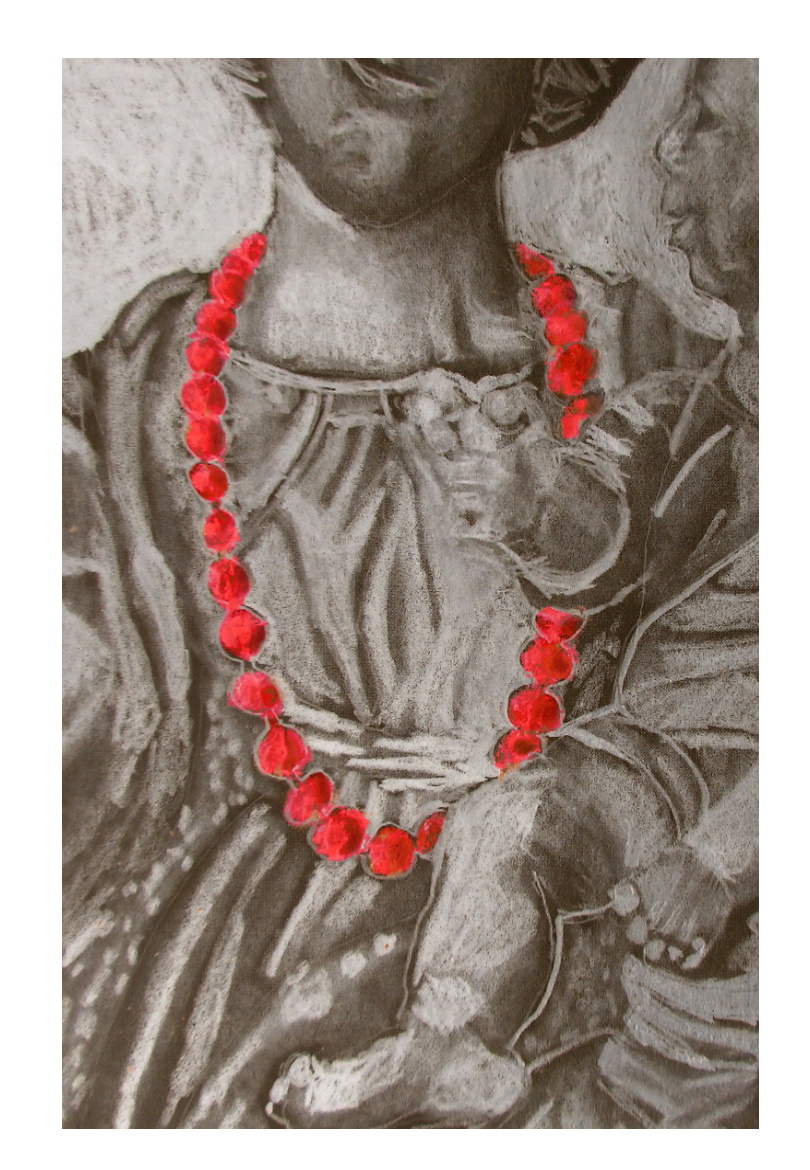 This story (Italian title: “Il vezzo di corallo”) originally appeared in 1883 in Cronaca Bizantina and posthumously in book form in Novelli (Naples:F. Bideri, 1914). This translation is based on the version appearing in the anthology Novelle italiane, L’ottocento vol. 2, (Milan:Garzanti, 1985), edited by Gilberto Finzi, whose notes were helpful to the translator. The translator wishes to thank Jonathan Eaton for publishing this story in Corylus Press, and for creating the artwork to accompany it, and for first bringing the writer Eva Cattermole to his attention. Steve Eaton is a literary translator living in Austin, Texas. His translation of Gaetano Savatteri’s novel A Conspiracy of Talkers/La congiura dei loquaci was published in 2021 by Italica Press. His co-translation with Cinzia Russi of Emilio De Marchi’s crime thriller The Priest’s Hat/Il cappello del prete is scheduled for publication in 2023. He authors the blog Garden of Eaton.